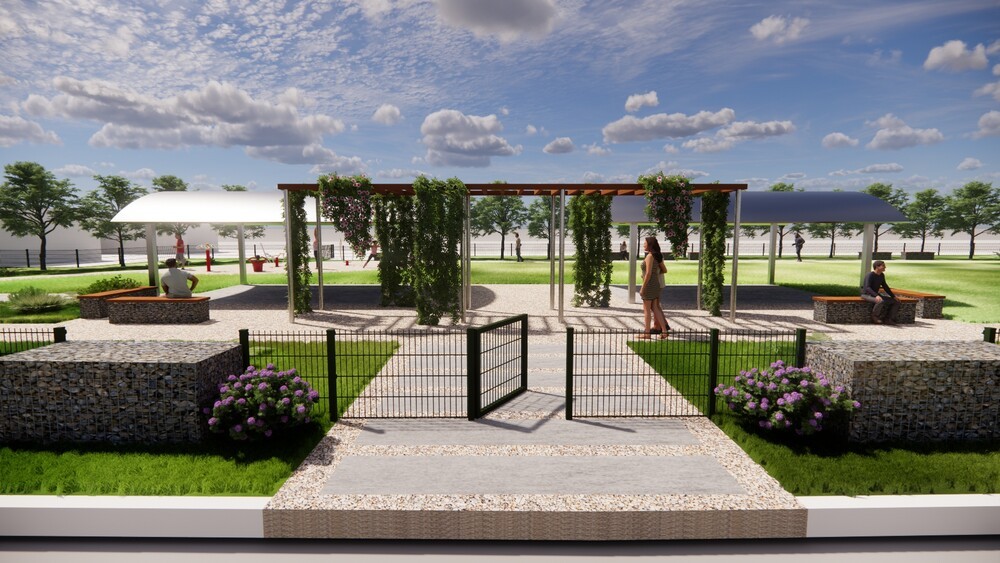 Since the early 20th century, the Martín Peña Canal in San Juan, Puerto Rico, has been in a state of environmental decay. During the 1930s and 40s, the edges of the canal were filled and built on by informal communities, many of whom were marginalized and overlooked by the local government. In the ensuing decades, the negative impact of the canal’s filling has been highlighted, with much of the waterway being contaminated by toxins, and the canal lacking proper flow. Plans are in place to dredge the Martin Peña Canal and create parkways on either side of the water. The diverse communities surrounding the canal have organized themselves as the G-8, and hope to increase the residents’ quality of life and kickstart ecological restoration of the Martín Peña district. 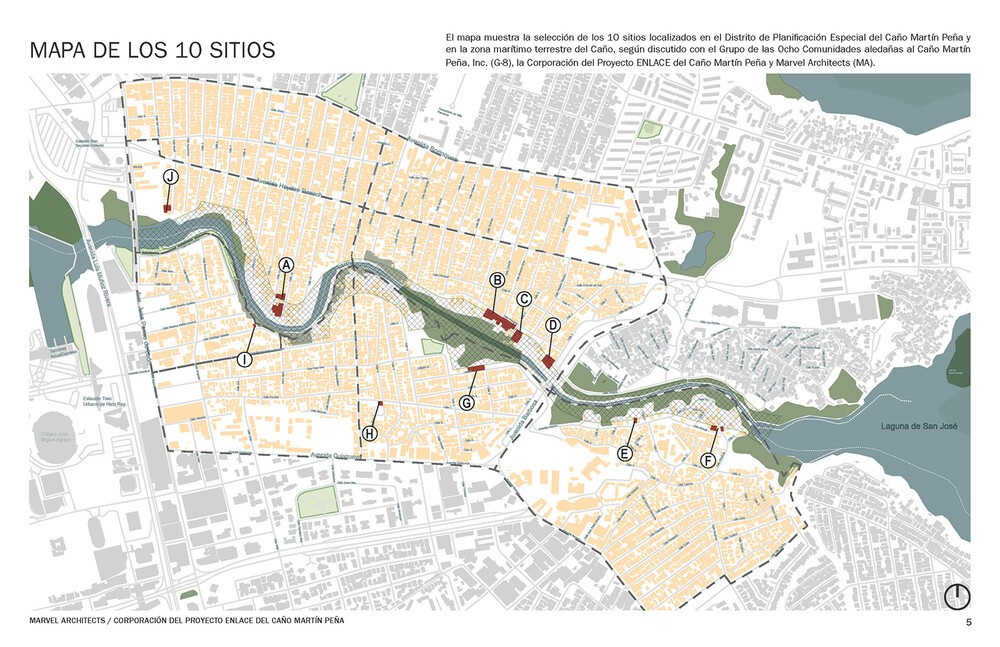 Marvel was hired by the Corporación del Proyecto ENLACE del Caño Martín Peña (ENLACE) to create community parks on multiple lots within the Martín Peña Canal district. Families currently residing in some of the most vulnerable sites along the canal are being relocated, creating land that will be incorporated back into the estuary system, with water collection and filtration techniques in place to ensure future environmental stability. Due to climate change, extreme weather systems are becoming more prevalent, necessitating action from communities to protect residents and counter future increases in heat and rain in Puerto Rico.

Early sketches and inspiration for the community parks.

“Even before studying landscape architecture, nearly twenty-five years ago, I did some of the first environmental studies to develop the comprehensive management plan for the whole estuary system,” he recalled.  Martín Peña is part of the San Juan Bay National Estuary.

The first two parks, located in the Buena Vista-Santurce and Israel-Bitumul communities, aim to provide hyper-local resources for their neighborhoods.

Aerial and ground level views of the park at Israel-Bitumul.

“Both of the parks had very intense community participation. During the master planning process, we had several meetings with the community to determine the programming and usage of the parks, and what they wanted to see,” he comments. While originally interested in a soccer pitch, the locals decided on a more multipurpose use for the space, along with a selection of outdoor exercise equipment. “The main design idea at Buena Vista was to have sheltered space that would be inviting, and a lawn that could host larger gatherings and festivals.” This input continued with the design of the park at Israel-Bitumul, which was created to seamlessly connect a nearby sports complex with other community spaces.

Featured in these parks are systems aimed to protect against future environmental concerns. “Both Buena Vista and Israel use green infrastructure to collect stormwater. Mainly rain gardens, depressions planted with specific species that are able to tolerate the wet and dry cycles,” Terrasa-Soler notes. The parks’ design also aligns with given elements, such as the perimeter gabion walls. These offer cost-effective, permeable protection for each park. To provide a seamless look, interior benches were created using similar gabion structures, topped with a seating platform. The selected vegetation palette is intended to begin a slow process of ecological restoration along the Martín Peña Canal and manage the abundant stormwater. A mix of form and function is key with these parks, as they serve community needs in addition to supporting the larger environmental overhaul being done with the entire canal.

Low stone gabion walls surround the park, as well as serve as inspiration for benches inside the park.

The first two parks will hopefully be followed by eight more, serving as an investment in communities that have long been overlooked. As with most urban neighborhoods, space is at a premium, so pocket parks can serve as low-cost, high-impact, strategic interventions. Limited space offers the ability to focus designs on the most pressing needs, and can speed up construction times. The Buena Vista-Santurce and Israel-Bitumul parks’ target opening is early 2022, a far shorter turnaround than most public works projects.