Questions For A Designer: Kelly Convery

A diverse array of backgrounds, experiences, and worldviews come together to shape Marvel’s designs across public and private spaces. This series aims to offer insight on the colleagues and teammates that are essential to Marvel’s success.

What brought you to Marvel?

I graduated from Pratt in 2001. My degree and focus were in Communication Design, but I took a lot of sculptural and industrial design classes too. I’ve always enjoyed building with my hands as well as the graphic design element of things.

After Graduation, in 2001, I had a party in my apartment. I made this ridiculous flyer; I photoshopped everybody living there as a member of KISS. Fast forward a few weeks, it’s the end of the summer, I have my resume and portfolio ready to apply for jobs, and September 11th happens. I was living in Brooklyn then and saw the whole thing happen from my roof. I wondered if I’d be able to stay in New York and what the next steps were because I had just graduated, and this terrible event had brought the city to a halt.

At the time, Jonathan [Marvel]’s architecture studio had a furniture and product design offshoot company called Truck Product Architecture. Now, back to the party flier, one of my friends had the flier on her fridge, and her sister saw it, who happened to be Jonathan’s partner at TRUCK, Jennifer Carpenter. It sparked a conversation about me, my skills, and how I needed a job. They said they needed someone that was an industrial graphics, jack of all trades, as part of their company. So, they asked me to come in for an interview, and by the end of the day, I was working in the model shop helping out. That was November of 2001, I had a job, and I knew I could stay in New York.

As the firm evolved, my skills evolved. Proposal packages were done mostly by the administrative staff, and as we produced more, there became a need for a graphic designer to work on them consistently. We didn’t have this department that we have now. We needed consistent graphics production, and that’s how I landed in the Business Development department. 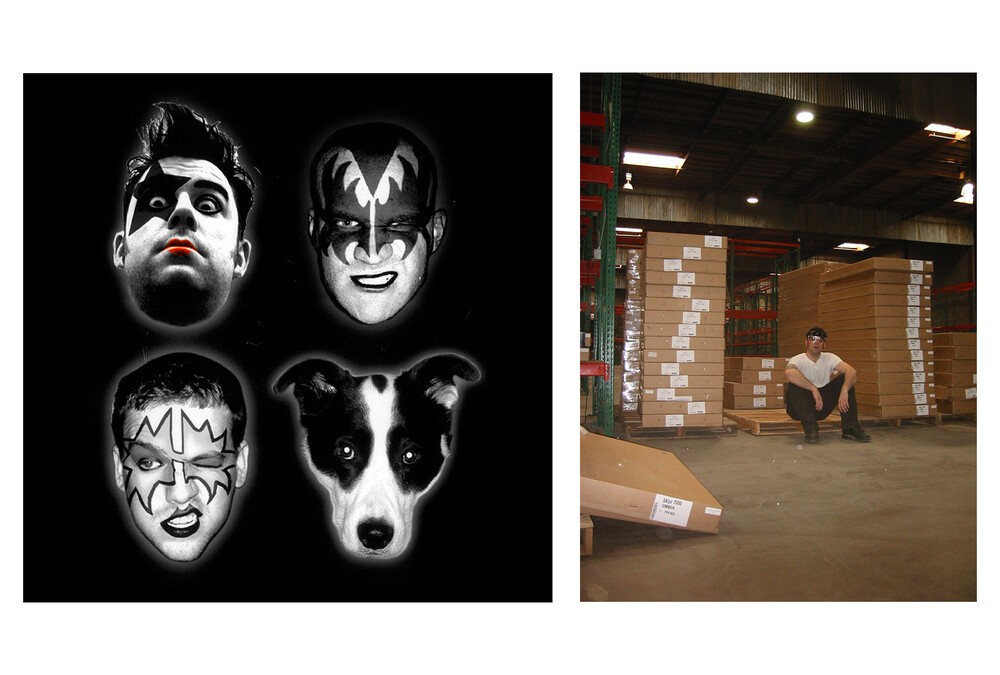 As a graphic designer and a member of the Business Development team, what does your day to day look like, collaborating with the design studio?

My goal is to present the Studio's vision in its best light. Everybody on the Business Development team wears a lot of hats. I still hesitate to call myself a graphic designer. It's closest to what I am, but the Business Development team is much more than graphic design. I'm always working toward putting together the best portfolio package to best present Marvel's work to win jobs.

I can say I don't really have a typical day, but there's always a deadline, usually more than one. The architects plan years in advance, and we plan a couple of weeks. I'll be laying out a book one day, collaborating with our studio or sub-consultants another day, helping with diagrams, and preparing for an interview at some point. Sometimes there will be an exhibition or an architectural signage package that needs a graphic design eye that I'll get involved in. It's a small part of what I do, but those are always fun.

How would you describe the culture at Marvel, in-person and remotely?

Sometimes it's chaotic, but overall, it's a friendly, collaborative, welcoming workplace. As far as the culture, I think we've always operated like a small firm even though we're pretty big now. We still have softball, bowling, and things like that; it keeps us connected more personally than a typical large office would.

I worked in the office for 15 or 16 years before going remote, and it was always a nice place to be. The office has an open plan, everybody's desk is open, and you can see each other. It really helps with the cross-pollination of ideas and the spontaneity of design meetings. Not being an architect in an architecture office, I always had a ton of questions, and I still have them all the time. Questions are easier to ask in an open environment and always answered with kindness and patience. Everybody's pretty cool to be around and to work with. I think that's something that we value as a firm.

I moved in January 2017. I was remote for about three years before the pandemic. It was before everyone else had to learn how to do it. It was a lot of effort for me to stay connected because not everybody used these tools yet. Now, with all the technology that's evolved in the last couple of years, being remote feels more like that open floor plan. It feels more like we're all together even when we're not.

What makes Marvel unique as a firm?

Marvel values client and community ideas and input as much as our own design ideas. Working on the RFPs, I see many of these projects in their infancy; they're just sketches on a napkin sometimes, in sketchbooks or study models. Marvel gives the client options and has a way of presenting those options and working with the client without sacrificing design excellence. Yes, there are three ideas here, but we are behind all three and can tell you why each of them are strong.

We often include community input sessions and listen to what the people in the neighborhood want. We're not just throwing another building on an empty site that the community doesn't want to see or can't use. We try the best we can to include that input as part of the process. Bringing that enthusiasm for collaboration is something rare that makes Marvel fun to work with, and it's something that we're proud of.

What has been your favorite Marvel project?

I have two, one from the beginning of my career and the other more recent. The first is Truck Product Architecture, where I started. We were a small team making furniture and housewares. I always had a sketchbook with me, and I could bring anything to the table; it might not all make it to the next step, but it would always be discussed, even if it was a wacky idea.

One of my favorites was the children's furniture line. We wanted to add a rocking chair to the line; I remember sitting at a bar, sketching ideas for this rocking chair, and the next day I started prototyping it in our model shop. Eventually, we landed on a design for the rocking chair that was pretty close to the one I sketched at the bar, and it got mass-produced for sale. The children's furniture was for sale at the MoMA store in SoHo for a while, and the rocker was one of them. Seeing my sketches turn into these real things that are for sale at the MoMA was a very cool moment; it felt like an important professional accomplishment. I have one of the rocking chairs for my kids. 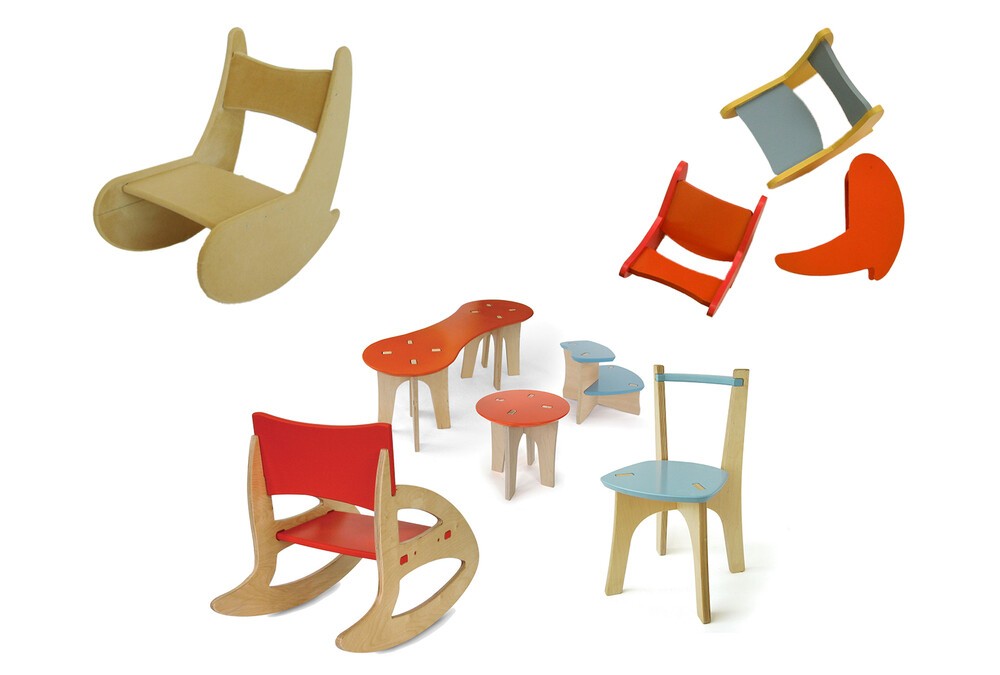 More recently, my favorite is TheatreSquared. I like to build and make things with my hands, and I'm always working on my house; if I need a shelf or a piece of furniture, my instinct is to make it, not to buy it. I like to use raw materials and recycled things, especially old wood. Old wood has a history and texture, and it tells a story that you can't really get with another material. TheatreSquared is put together using those rough and raw, recycled materials. If you look at these elements on their own, they could be off-putting. The way Marvel's design team combined these materials and had them come together so elegantly in this welcoming theater space is fascinating to me. The building is open to the community, whether there's a show happening or not, which is another example of our commitment to community engagement. We don't want to be the big city architect that comes and ruins your neighborhood; we want to give the community something special that they use and enjoy.

It was seven years ago, around this time, when the TheatreSquared RFP (request for proposal) came out, everyone was so excited to go after it. There was a buzz; you could feel it in the office. We had just completed Saint Ann's Warehouse, and we were excited to chase this new theater project. I was unable to work on the RFP because my son was born, and I went on paternity leave. Just before I left, the RFP was released, so I saw them start, and then when I returned, we had won the job. TheatreSquared will always be special to me because it reminds me of that time. I'll always associate it with the birth of my son. 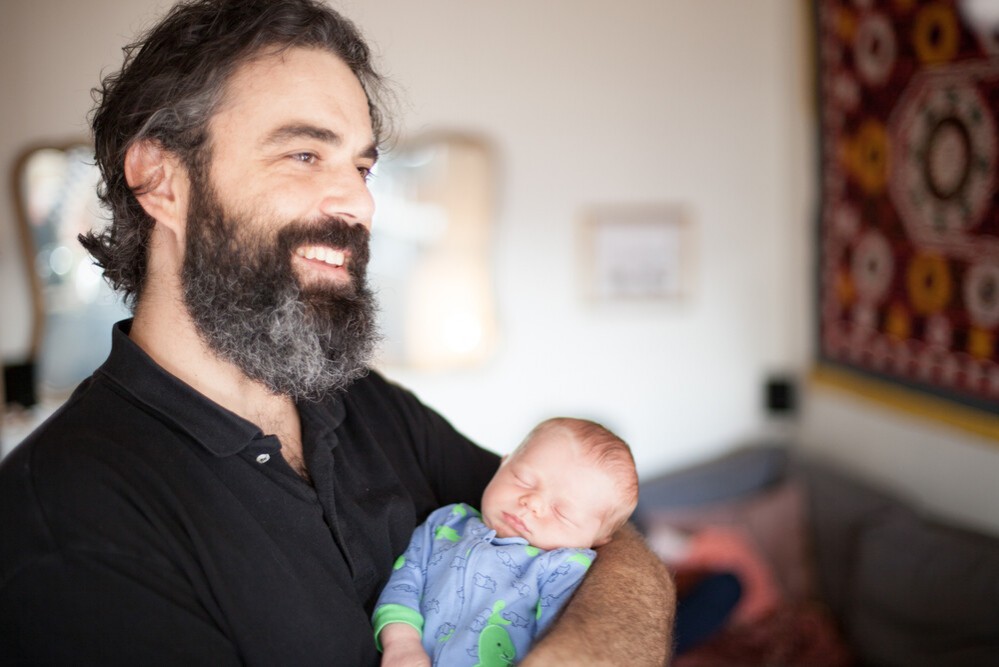