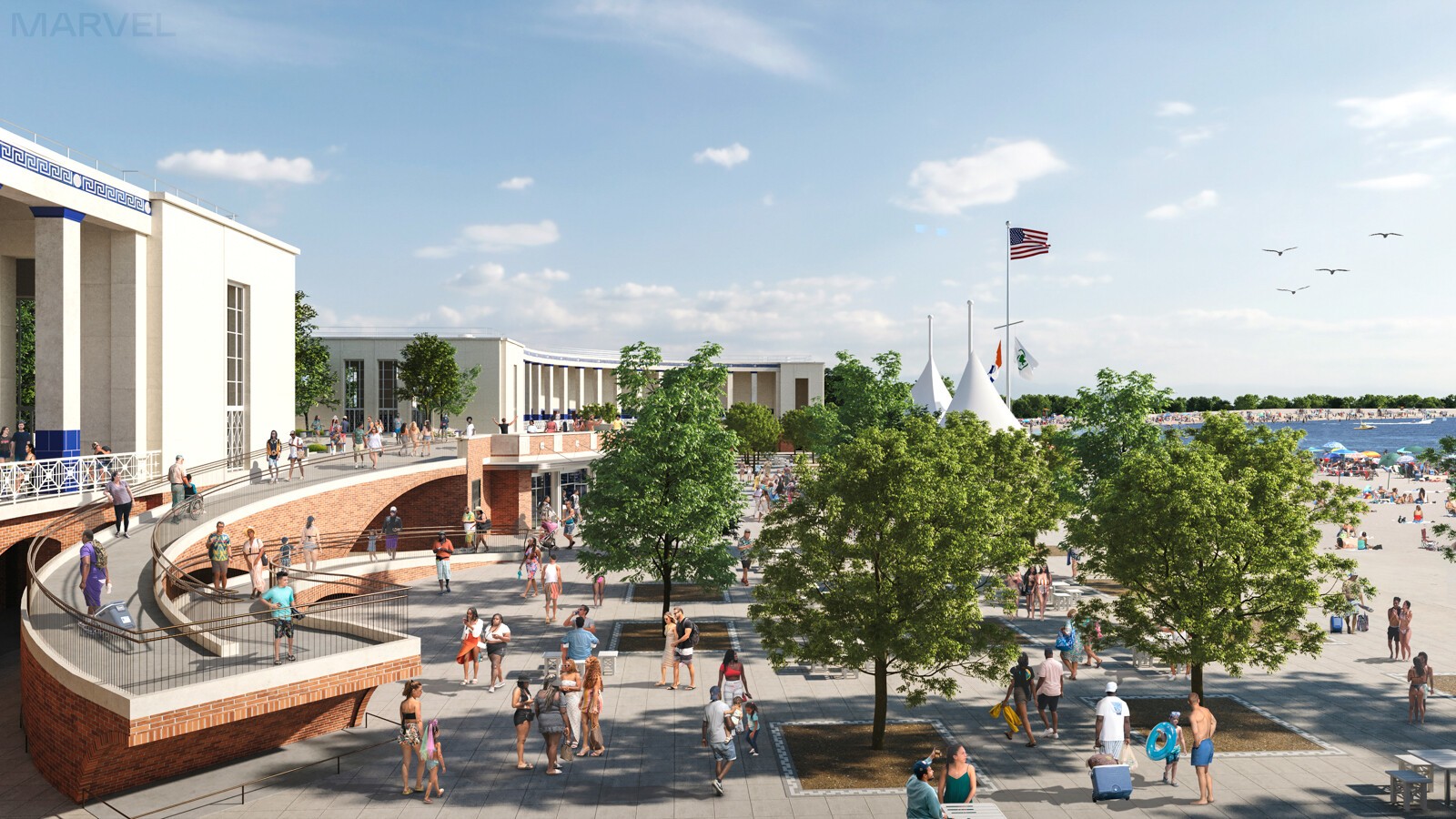 The Orchard Beach Pavilion Restoration is a full renovation of an historic 140,000 square foot bathhouse facility, returning what was once the crown jewel of Pelham Bay Park to its former glory. Marvel is currently working with the New York City Economic Development Corporation (NYCEDC) and the New York City Department of Parks and Recreation (DPR) to renovate and restore the bathhouse pavilion at Orchard Beach 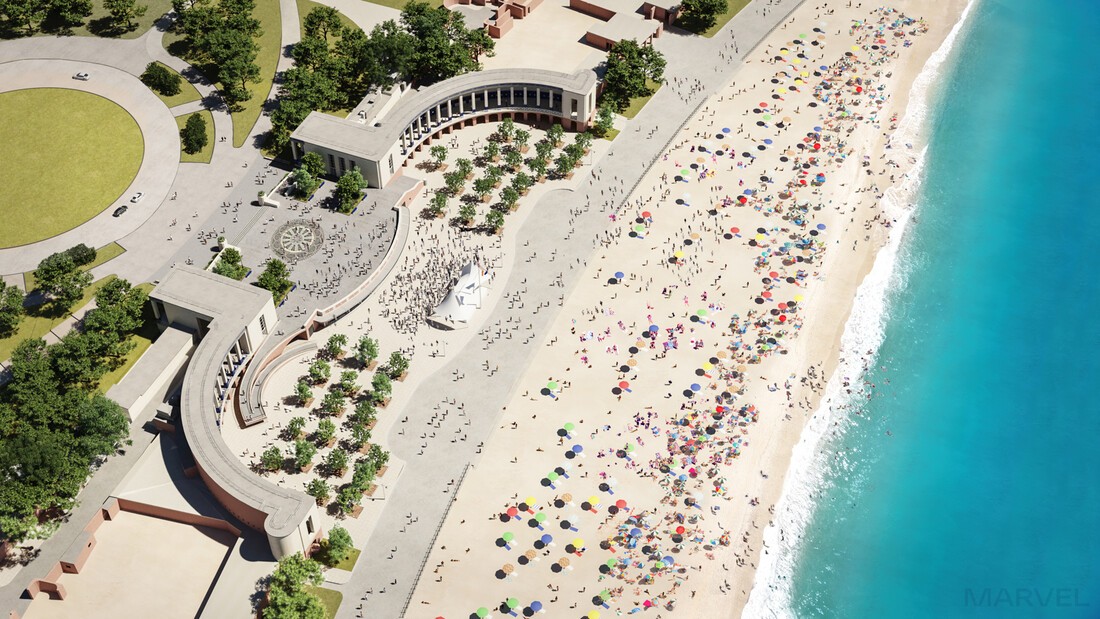 Known as “The Bronx Riviera,” Orchard Beach is a highly visited destination for Bronx residents with an average of 1.6 million visitors during the summer season. Its anchor point - the bathhouse pavilion - has been closed to the public for years. The project will restore, activate and make accessible this historic structure. 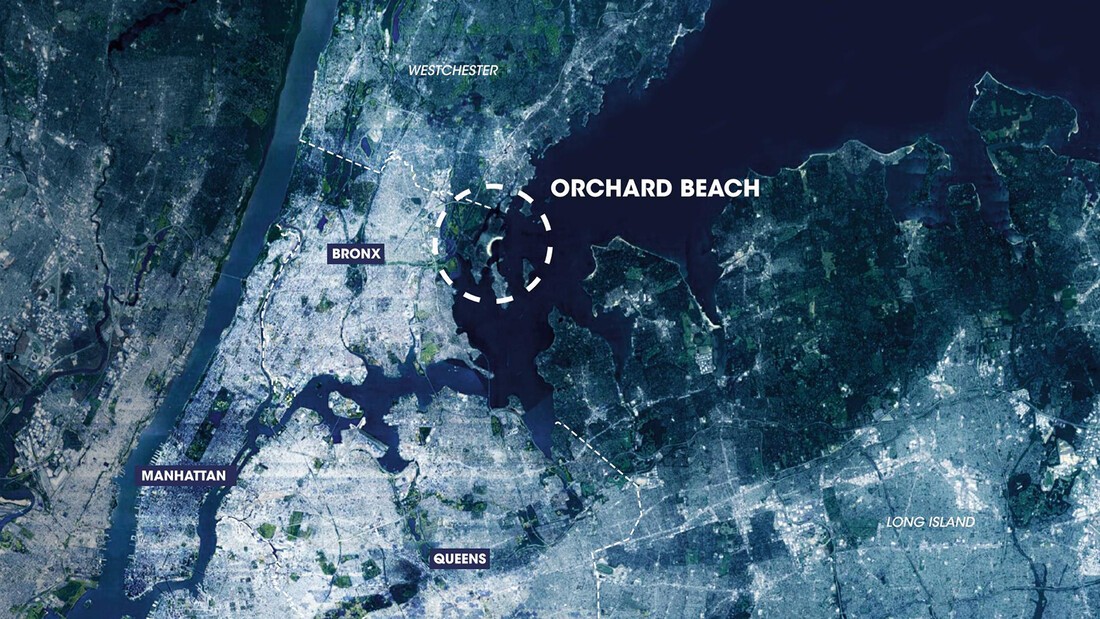 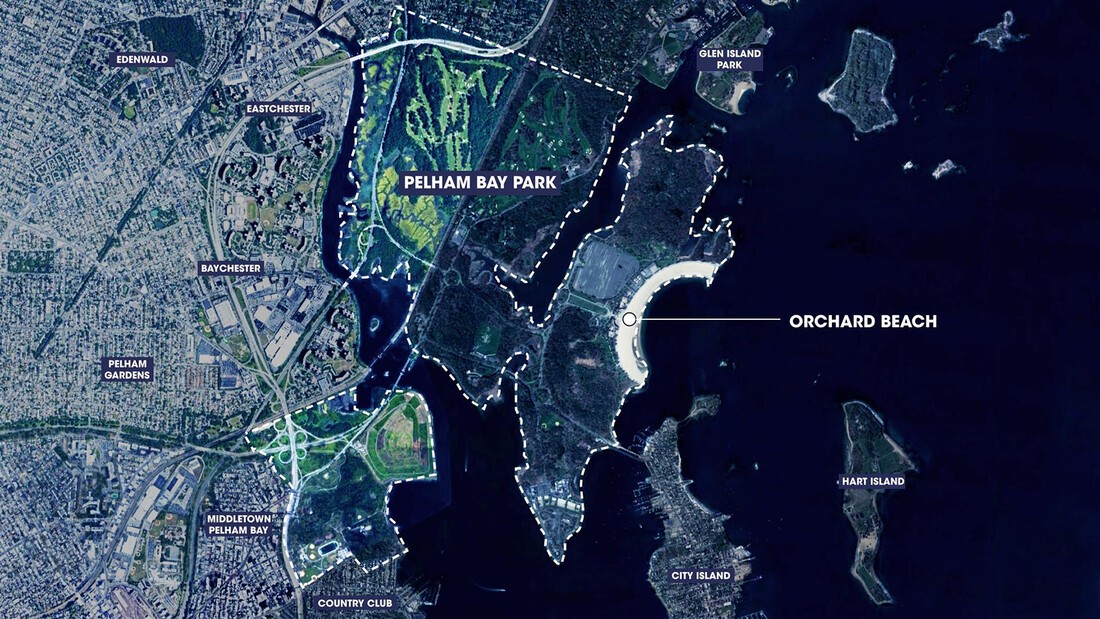 The pavilion was envisioned in 1934 by Robert Moses, Mayor Fiorello H. La Guardia, and architect Aymar Embury II as part of the New Deal program. In its first year, the beach frequently attracted over 100,000 visitors a day in the summer season. 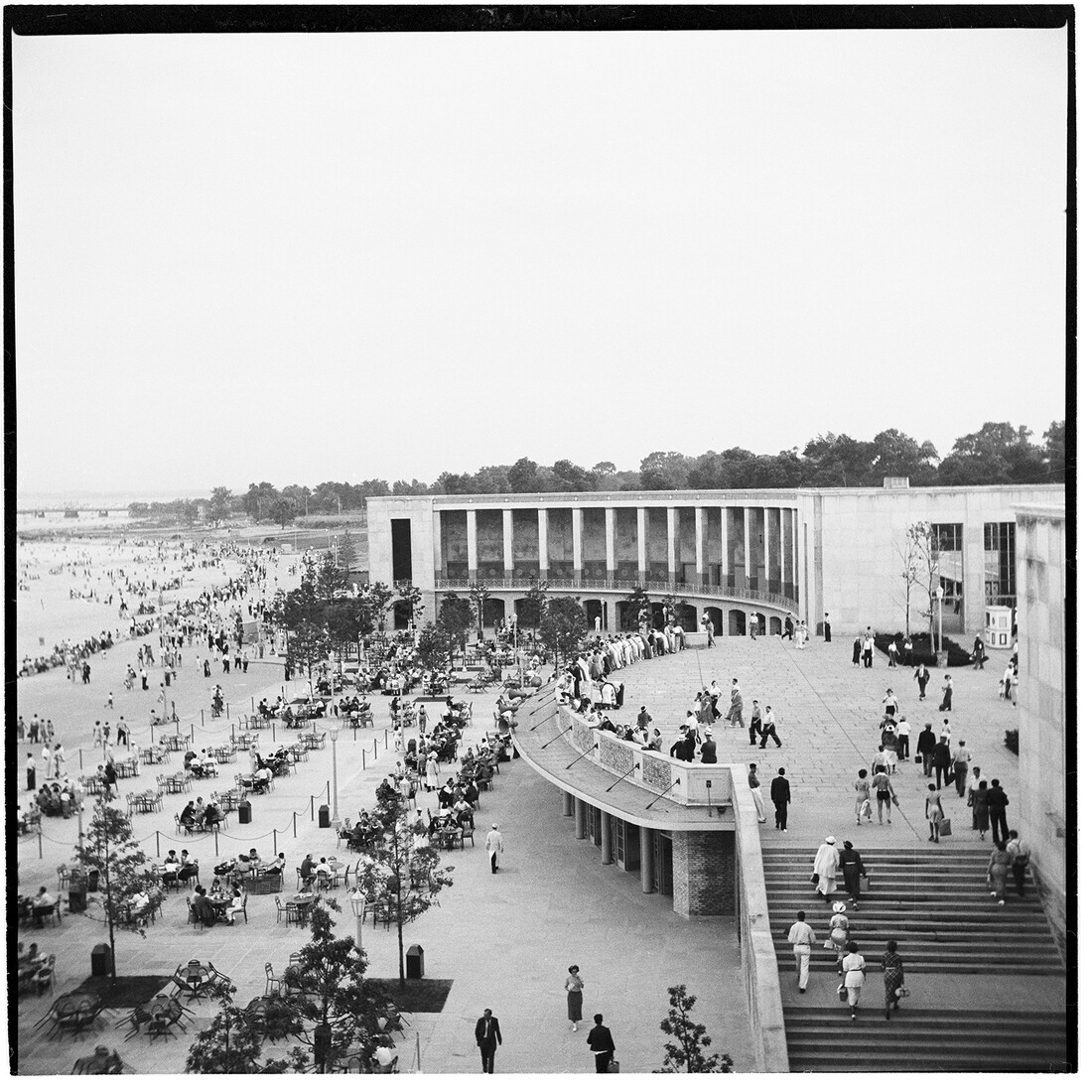 Orchard Beach 1937 - Department of Parks and Recreation Maps Archive
The Pavilion was designated a Landmark in 2006 by the New York City Landmarks Preservation Commission and is eligible for inclusion on the National Register of Historic Places. 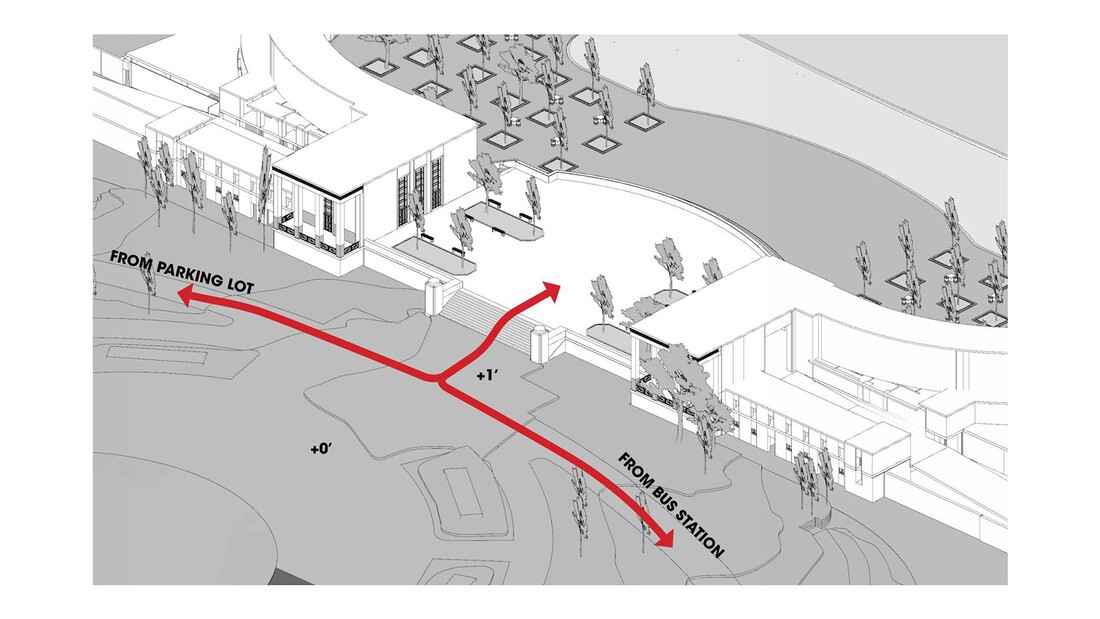 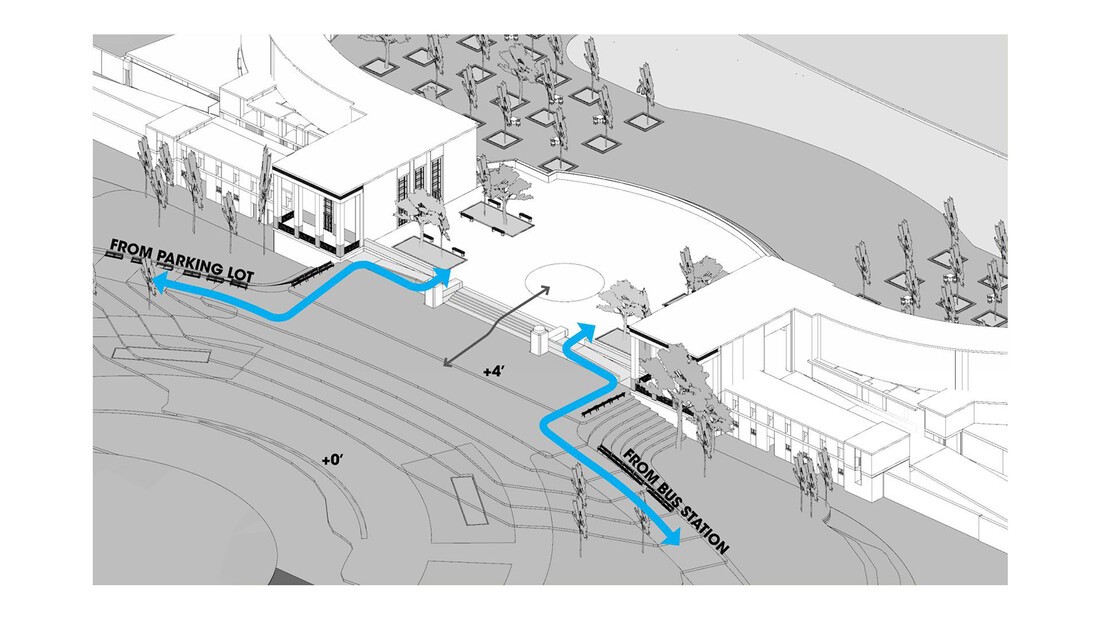 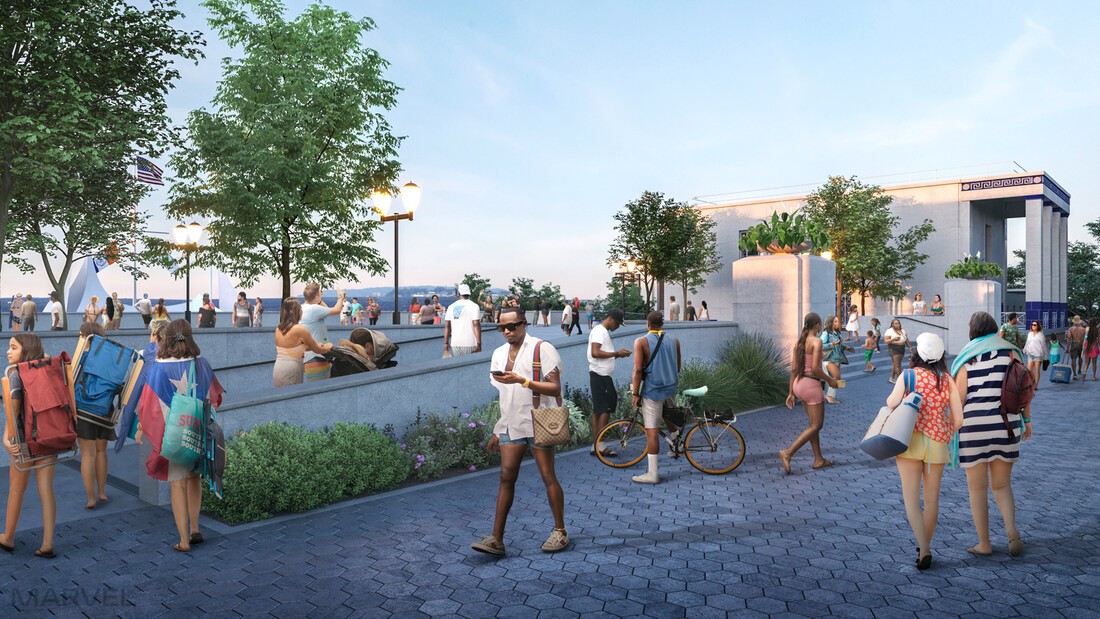 Improving accessibility is a primary goal of the project. This will be accomplished by carefully inserting ramps at both the land and beach sides of the pavilion, and by re-grading the pathways leading to the pavilion to make the change in level more gradual. 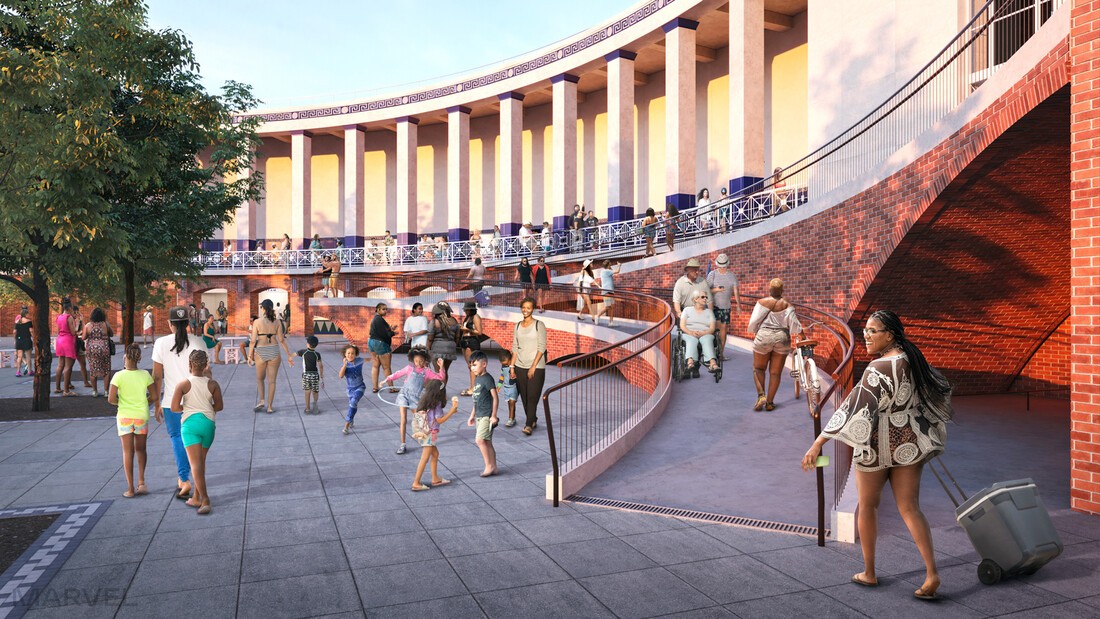 The design of the new switchback ramp at the beach side of the pavilion is inspired by the form, materials, and details of the original pavilion. 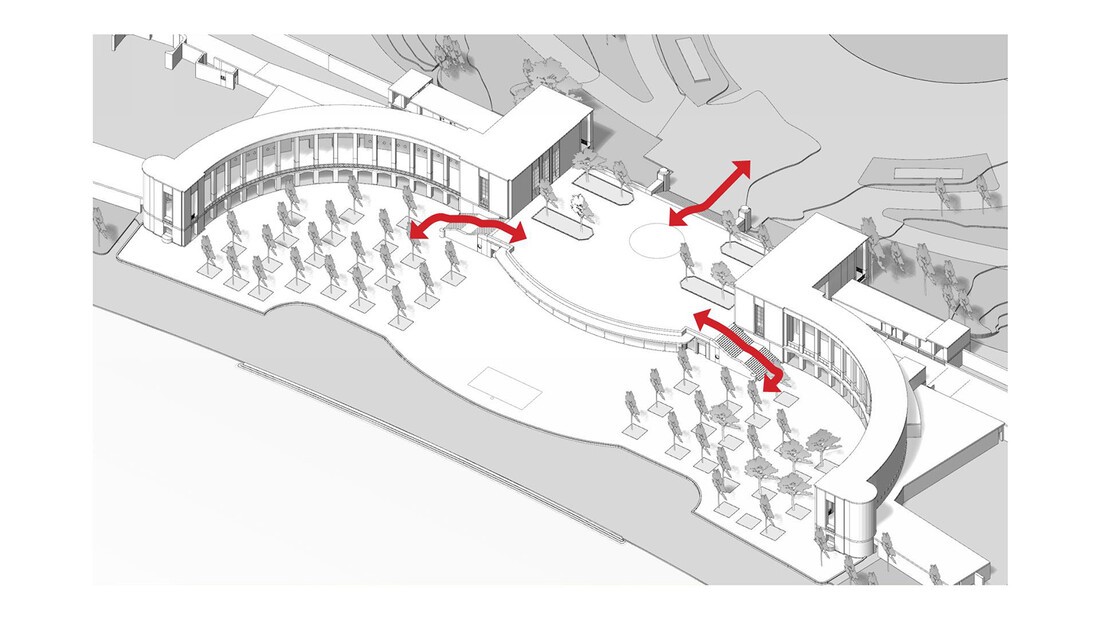 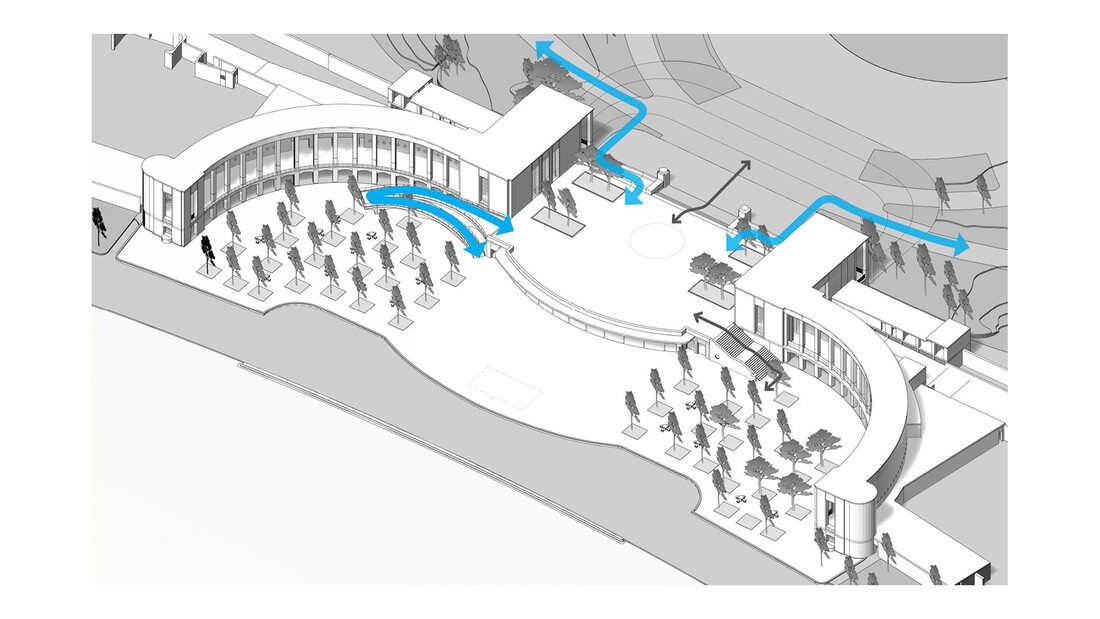 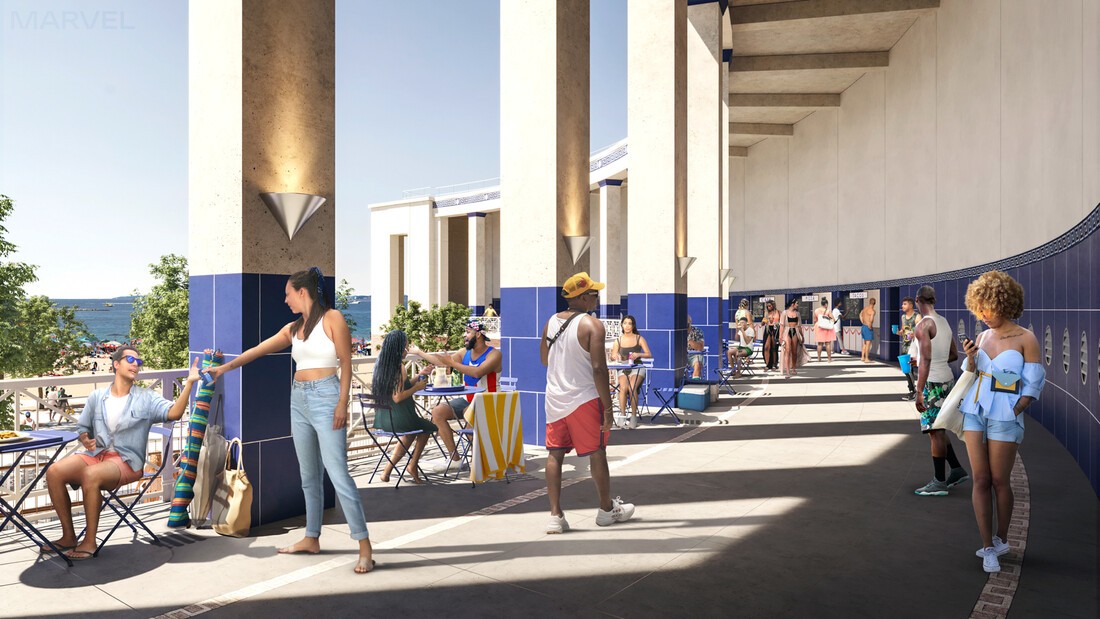 The restoration will revive the details of the original pavilion including the distinctive blue terracotta tiles, decorative terrazzo floors, and ornate cast iron metalwork. 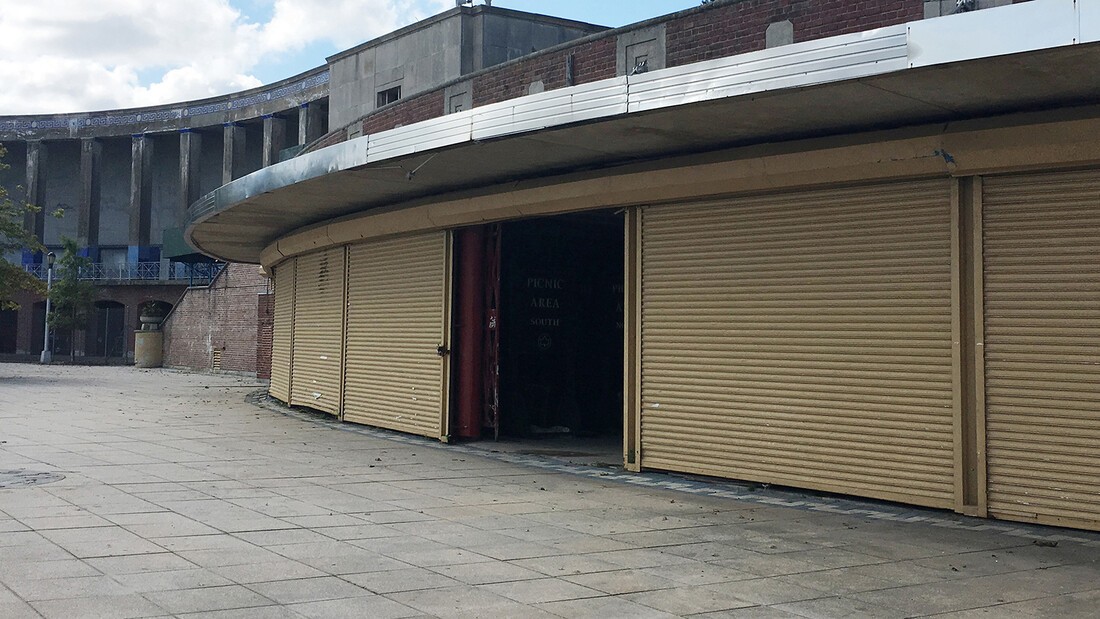 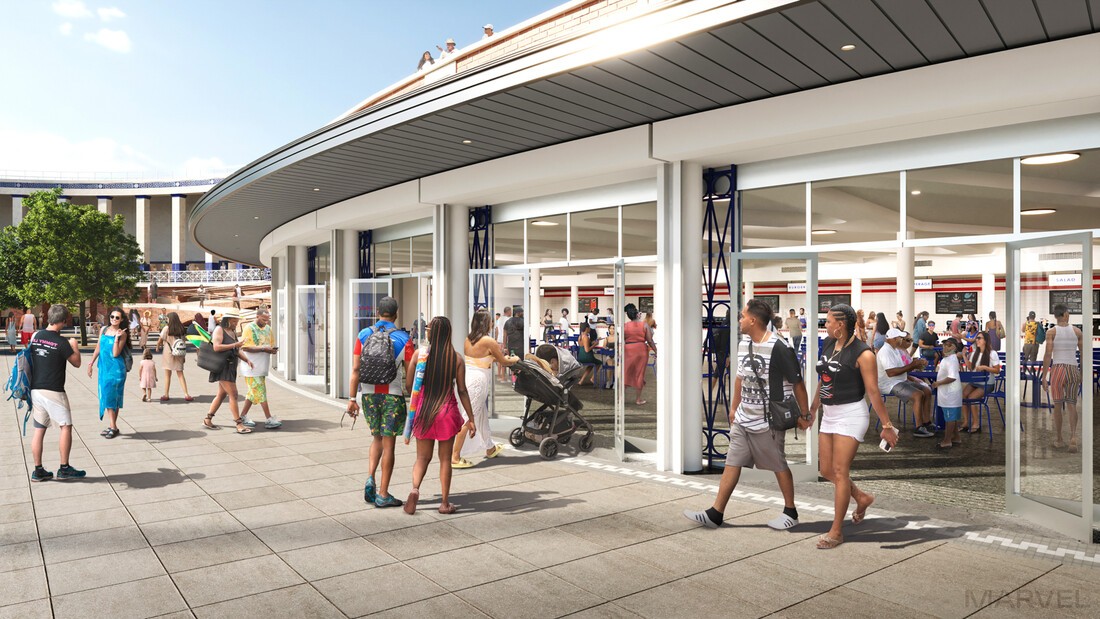 Another primary goal of the project is to activate the long-neglected pavilion. The renovations will support viable spaces for community and commercial use, upgrading and modernizing spaces throughout the building for operation by concessionaires, including the former cafeteria space at the lower level. 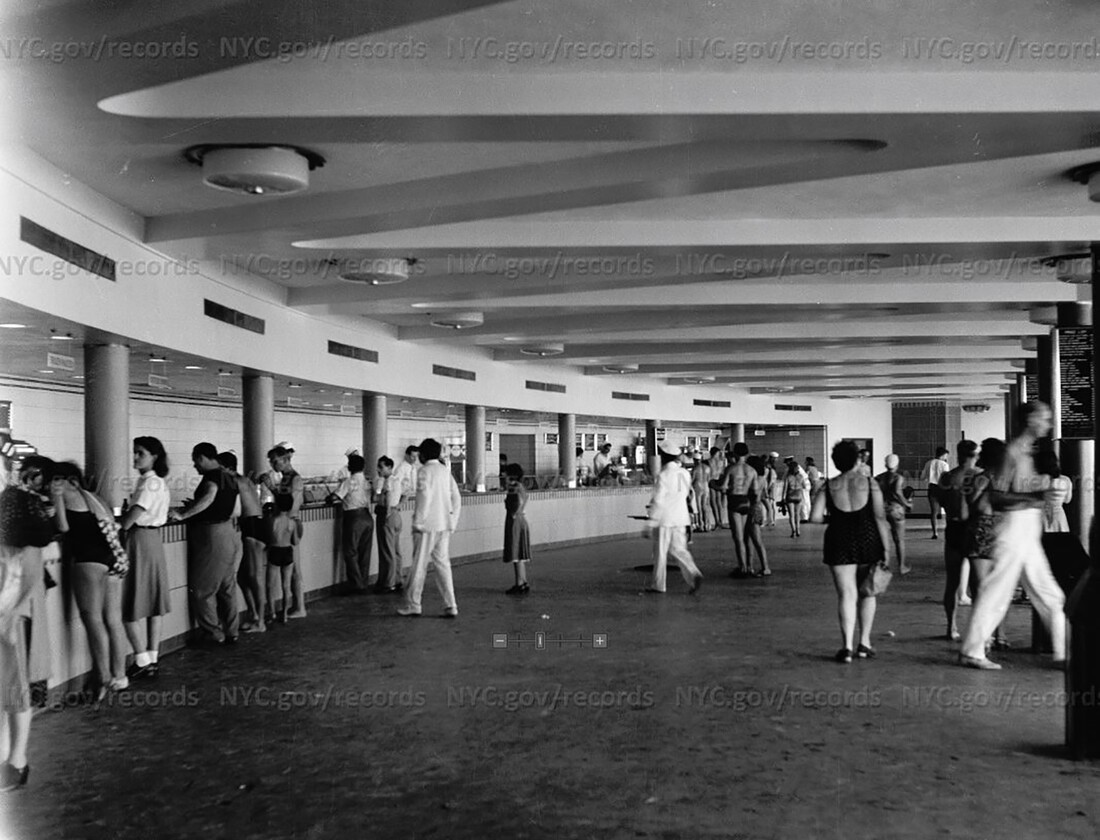 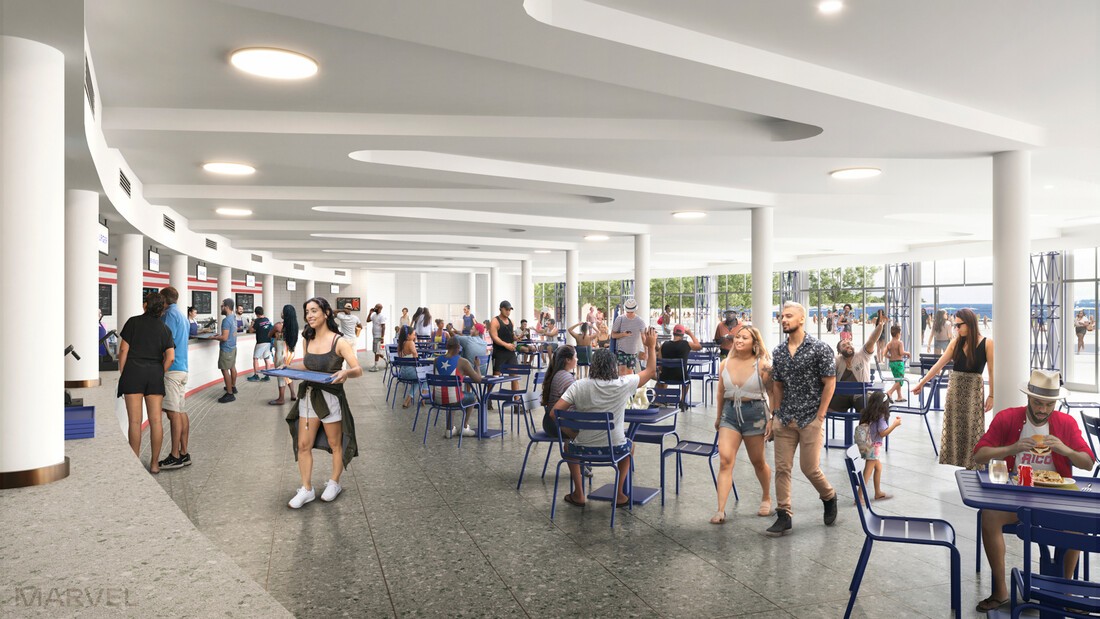 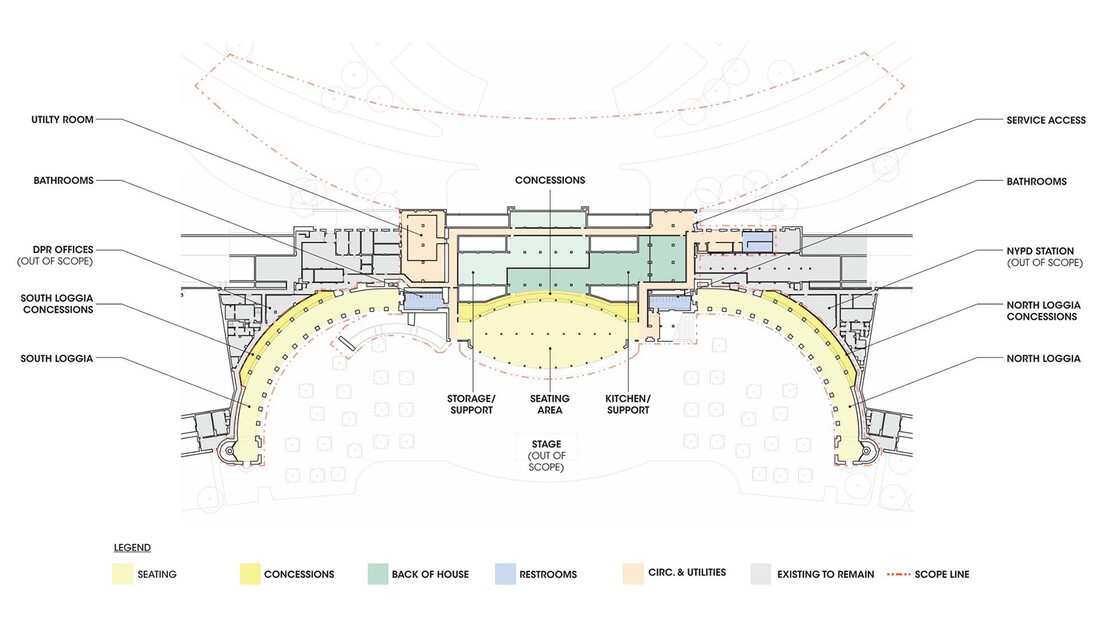 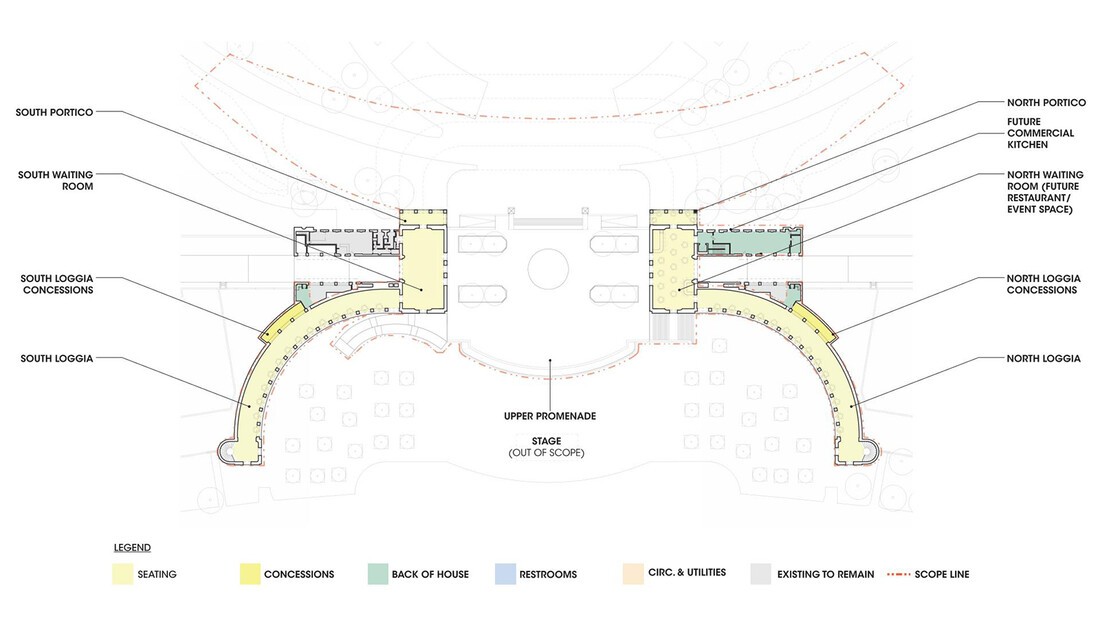 The renovated facility will include multiple commercial tenant and concessionaire locations distributed throughout the upper and lower levels, along with new bathrooms, modernized support spaces, utilities, and administrative offices. The pavilion will continue to be operated by the New York City Department of Parks and Recreation. 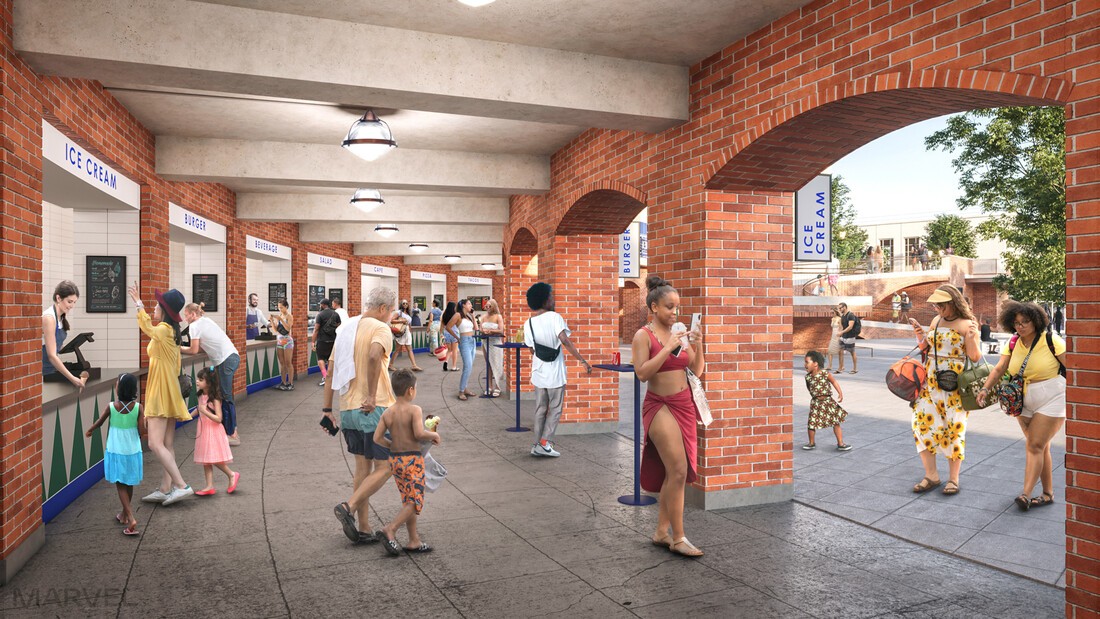 The plans to restore Orchard Beach have received the support of the New York City Landmarks Preservation Commission, the State Historic Preservation Office, and Bronx Community Board 10. 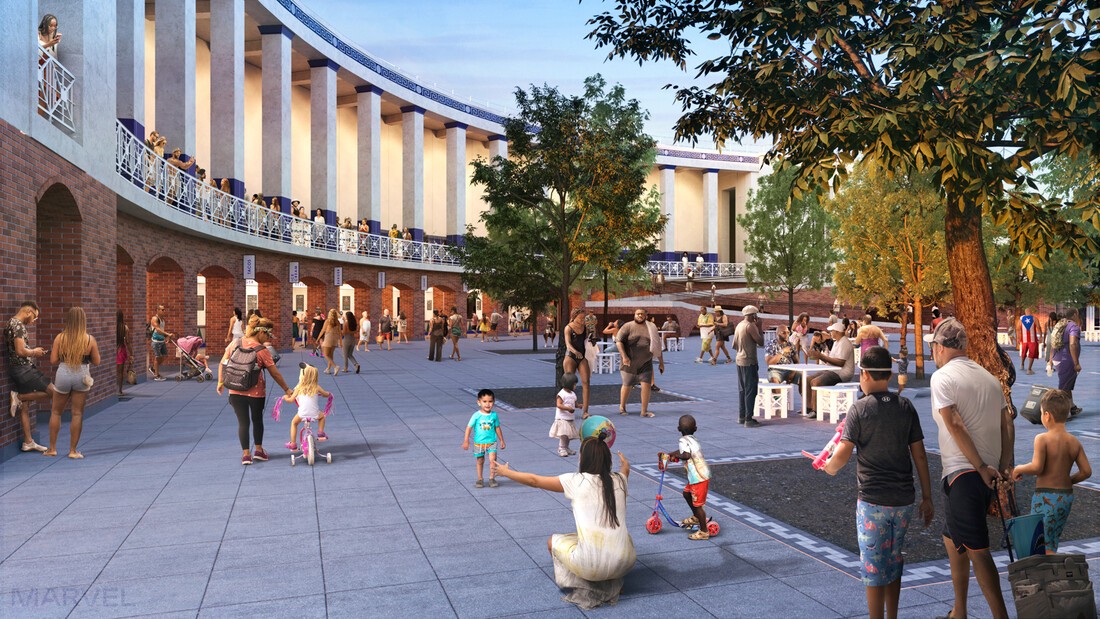 Construction is expected to begin in Spring of 2022. The restored pavilion is projected to open in the Summer of 2025.