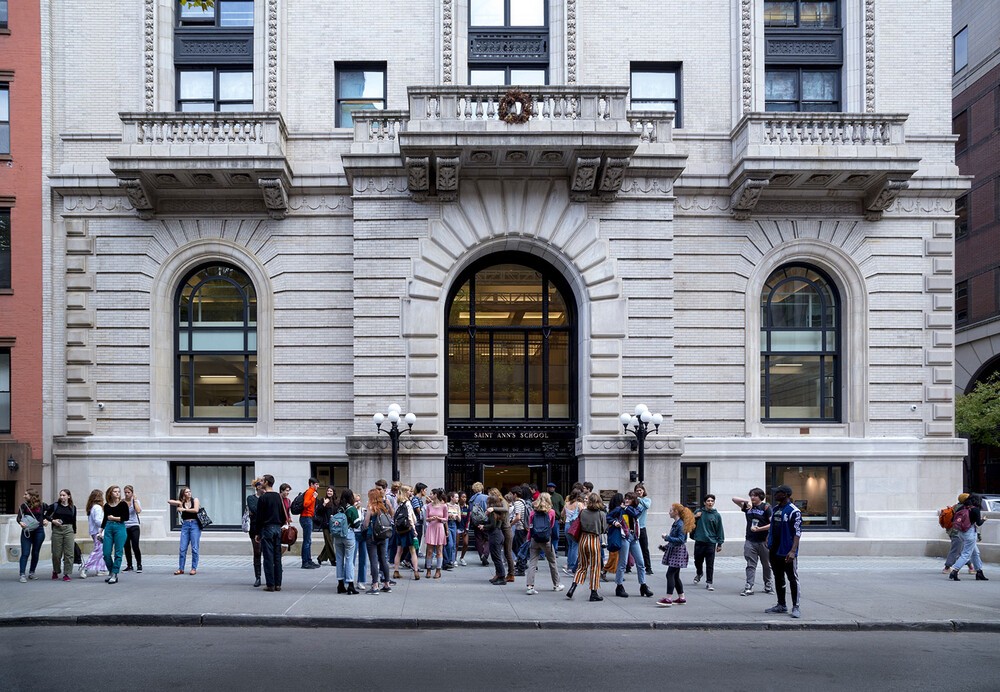 Cities around the world are fervently debating ways to reopen schools for the new academic year. One answer is literally outside the door. Closing off the streets in front of schools to create “found space” in crowded urban centres could be a transformative way to restart education. This ability to make extra capacity — and in a way that satisfies common-sense social distancing practices — would be impossible to enact within the current classroom configurations at most schools. And, most important, it comes at no cost.

Once schools reopen, parents everywhere can get back to work and rebuild the economic growth cycle in restaurants, shops, pubs and all those mom-and-pop enterprises that have vanished during the pandemic. Getting our schools open for our children triggers the reopening of our communities and must take top priority. It needs the co-operation of city agencies, in particular the municipal departments that control streets and sidewalks.

Many cities have a happy recent history of seasonally closing off streets for public use with great success. Paris created “Paris Respire”, which closed off many areas to cars on Sundays and public holidays, and New York started “Summer Streets”, which closed off major north-south avenues for weekend recreation in August. Now New York is considering selectively closing east-west cross streets to absorb the demand for outdoor space in the summer months and alleviate the congestion that parks are likely to experience.

Some cities have also closed streets to cars on a more permanent basis with broad benefits to the community. Pre-pandemic, businesses in downtown Madrid experienced a jump in revenue when vehicles were prohibited from the city centre. In the aftermath of 9/11, New York temporarily closed off many of the streets around the World Trade Center, creating a pedestrian corridor — nearly 20 years later, it is still successfully operating. The city also converted broad swaths of public roadway to bikeways, pedestrian walkways and seating areas in its most congested neighbourhoods, including Times Square. Paris is planning to convert 72 per cent of its on-street parking to promote walking and cycling.

If streets can become parks for the citizens who can no longer enjoy the city’s pools and playgrounds, why not also turn them into classrooms when our children are ready to return to school? In fact, our streets already are classrooms. Anyone growing up in the city knows how to be “street smart”. It’s what happens when our children play tag, hide and seek, pick-up ball and eventually navigate their way safely around the neighbourhood. Educators already value “experiential learning” — the opportunity for children to learn through unstructured, hands-on play and making activities. What better way than to teach by example, and respond to this pandemic by creatively repurposing our space?

In practical terms, reopening schools hinges on reducing the number of children in the classroom at any given time. Just like in our workplaces, where planners are discussing staggering employees to take turns working remotely from home, educators are also looking at that option. The problem with the idea is that parents will have to stay home too, so it’s not an ideal solution. But do the maths: if a school can double its number of classrooms, it can cut the occupancy of those rooms by half.

It takes a little imagination, but by setting up learning environments in an empty, secure street using moveable partitions and stackable/collapsible furniture, teachers and students can plan and design custom-made spaces, improving the iterations on a weekly basis, while being involved in the transformation and problem-solving with their own hands and minds.

In bad weather, students could stay at home, in a variation on the traditional snow day celebration. But during most seasons, the fresh air and natural light are welcome assets. Considering rainy climes, London-based theatre consultants Charcoalblue are working on plans for a pop-up venue that can be easily assembled for outdoor events; street schools could adapt that same kind of flexible, mobile model to their needs.

If the city leaders and agencies and school authorities are willing to play in the same sandbox, they can transform the streets with a coat of water-based paint, turn fences into chalkboards, erect heated tents, and roll out outdoor sinks and water fountains.

For one year, let’s dedicate the valuable, flat, and accessible square footage we now cede to parked and moving fossil-fuel-consuming polluters — whose absence in the past several months city dwellers around the world have so enjoyed — to our children.

Extreme weather would be the only reason why half the class would have to work remotely from home, but then again, who doesn't love a snow day - even one in spring?