Get Past the Lobby: Theatres Rethink How We Gather [American Theater]

From Arkansas to Harlem, theatres are using lobbies, rooftops, exhibition spaces, and more to expand the ways they can gather and engage their communities. 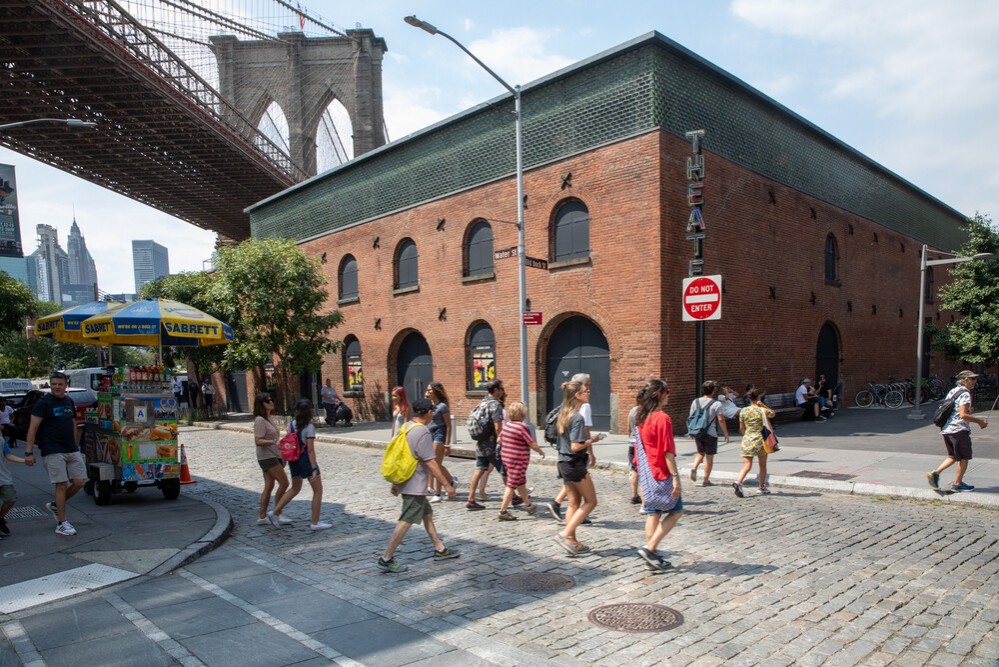 Lissa So and Jerad Schomer

To say that the mission and priorities of the average theatre company have changed in the past few years is a gross understatement. From navigating staffing and programming upheavals due to the pandemic, to suddenly becoming the bellwethers of health and safety strategy, to interrogating internal power structures within our organizations following both the #MeToo movement and the racial justice uprising in the wake of George Floyd’s murder, we have seen an unprecedented shift in culture that would have been hard to fathom just two short years ago.

Historically, nonprofit institutions for the performing arts have primarily provided space for performances, events, and educational activities. Theatre lobbies have been places to pass through on the way to and from performances, not spaces to congregate. They were often locked and inaccessible to the public, apart from a small box office window for ticket purchase and pickup.

For several years prior to 2020, we had already begun to see a movement emerging in the design of theatre buildings: a focus on providing gathering and community-focused spaces outside the theatre itself, in public lobbies, community rooms, cafés, and restaurants open all day regardless of the production schedule. Spurred by efforts to re-urbanize and invigorate civic space, some institutions started to realize the benefit of creating spaces that could be activated during down times and began converting their underused spaces into community hubs. This investment in space and expansion of programmatic activity yielded deeper engagement with arts programming and provided much-needed collision space for artists, production and administrative staff, and the general public.

For example, in the fall of 2019, the leadership of TheatreSquared opened the doors to their new performing arts center in Fayetteville, Ark. They made the investment to build a 5,000-square-foot space they call the Commons that would bring together not only audiences but all segments of the public. TheatreSquared’s mission was to create a space that would thrive as an essential cultural, educational, and economic component of their community. As venues began to lock down in 2020, the theatre continued to keep the Commons open and active. Instead of public performances, it offered, among other programs, ongoing community blood drives and an exhibition entitled, “Get Out the Vote: Empowering the Women’s Vote.” As they open their 2022 season with performances of The Mountaintop, a play that reimagines the events the night before the assassination of Martin Luther King Jr., the Commons provides a place for artists and the community to come together before and after performances for conversation and reflection.

"The Commons" of TheatreSquared brings together not only audiences but all segments of the public.


During the racial justice protests that began in summer 2020, we saw the #OpenYourLobby campaign on social media start with New York City institutions like the Atlantic Theater, the Public, and New York Theatre Workshop, and expand from there to include theatres and museums across the city and the country. In one sense, it was straightforward for theatres to offer their space to protestors for gathering and discussion, water and refreshments, phone charging, Wi-Fi, and other essential services. For the most part these spaces were unused during the pandemic.

In another sense, however, this was a major expansion of the average theatre’s mission, and in the ways in which they achieve that mission within their community. Where previously a theatre company might offer social commentary through performances and activities within the auditorium, now they were creating a new kind of public square and engaging more directly in social change through community support, and even in new programming associated with advocacy.

St. Ann's Warehouse has used its flexible public-facing spaces to host galleries, protests, and concerts, enabling community interaction even during the pandemic.

For example, in recent years, Susan Feldman and the staff at St. Ann’s Warehouse in Brooklyn have been retooling their building entirely to bring art to people when they couldn’t bring people inside. In the spring of 2020, the exterior walls of the theatre were turned over to Black Lives Matter protests with projections by Kobe Procter. Over the summer of 2020 they launched Get Back!, which brought musicians to their rooftop to play live for people in Brooklyn Bridge Park. They transformed their archways and lightboxes into a gallery for exhibits: “Love in the Time of Corona” featured paintings by Colombian artist Miguel Amortegui, while “The Supremacy Project for 2021, Who Protects Me from You?” and “Lost Ones. Culture Found” by Michael C. Boyd acknowledged the victims of police brutality and hate crimes. St. Ann’s Warehouse has transformed their historic Brooklyn warehouse into a piece of art in itself, which has allowed the company to continue their mission while their doors were closed.

Some theatre companies even delved into making changes to their missions to align their activities more closely with these new priorities. Penumbra Theatre in St. Paul, Minn., having already begun a gradual transformation over several years, famously rebranded as the Penumbra Center for Racial Healing. Leaders at Penumbra made the decision to add staff and have begun to envision a new facility to support complementary programming streams in the arts, racial equity training, and physical wellness. Their recognition that, as their mission statement puts it, “We must nourish and sustain those who have been on the frontline of racial equity efforts,” represents a new challenge to designers and organizations alike. What kinds of spaces are truly nourishing and sustaining? What do buildings and organizations owe to those who bear the brunt of society’s racist structures and inequities?

The answers to that question are many-layered, but one way arts institutions are answering it is by including flexible and multi-purpose spaces for groups and individuals in their buildings. In these new spaces, people can gather, share ideas, and support one another outside traditional performance areas. For example, the new home for the National Black Theatre in Harlem will incorporate a public studio exhibition space, expanding the main lobby and studio theatre to allow for dramaturgical extension of the performance through the display of art and expanded opportunity for conversation and reflection. Building on the legacy of their previous home, built by founder Dr. Barbara Ann Teer, the current generation of NBT leadership envision a temple-like space at the corner of 5th Avenue and 125th Street in New York City. This space will be used for quiet reflection and sanctuary, for convening and engaging spiritually, and for immersive video installations. Prioritizing access to all, the facility will enable NBT to expand its mission to bring culture and storytelling to the Black community in Harlem and beyond through increased visual engagement.

One thing is clear: The future of the performing arts will no longer be confined to the four walls of a theatre. Going forward, institutions must be poised to assume ever-expanding missions, and these will affect both the way they design new facilities and how they operate. Institutions can best meet their goals through physical space by working in collaboration with architects and design teams, as well as community partners, to incorporate these big-picture strategies from the outset. As the priorities of theatre companies expand and change, it’s time for these organizations to think differently about the spaces outside the theatre proper, and consider the endless possibilities those spaces provide to pursue their evolving and dynamic missions.

Lissa So (she/her) is a founding partner of Marvel, an interdisciplinary design practice that brings together architecture, landscape architecture, planning, urban design, and interiors professionals. Jerad Schomer (he/him/his) is a principal for theatre and acoustics design consultant, Charcoalblue.

Follow the link to read the full American Theater article.