Questions For A Designer: Athos Castro

A diverse array of backgrounds, experiences, and worldviews come together to shape Marvel’s designs across public and private spaces. This series aims to offer insight on the colleagues and teammates that are essential to Marvel’s success.

Why did you decide to pursue architecture as a career?

I began studying engineering in college, in the western part of Puerto Rico, and by necessity I started commuting by bike. Seeing the urban landscape in passing sparked an interest in the connectivity and nature of the urban environment. Commuting by bike allowed me to explore new places, and I began to notice nuances between specific buildings, plazas, and green spaces, as well as hard infrastructure, like bridges, and how it all worked together. This helped me step into the mindset of “What’s this all about? How deep can I go into this exploration?” And this led me to architecture.

I had heard about Marvel’s office, and back then it was much smaller. I knew one person who worked in the same building, so I applied and got the job. An interesting connection I have is that during my college years, I took classes in the physics building. I always noticed how it created some interesting spaces, with plazas that were great to spend time in between classes, but also served a functional purpose as a pathway to get to the higher first floor of the building. I later learned that it was designed by Thomas Marvel, Jonathan’s father. That was a very special connection to have.

What projects are you currently working on?

We just delivered the 100% CD set on Throop Corners, the first passive house building Marvel has worked on. That’s been a special project for me, as multi-family housing that is trying to achieve the Passive House accreditation. It’s an important step for us, in line with the 2030 commitment.

Creating green, resilient buildings that reduce the overall carbon footprint is important to me. In the design and construction industry, it should be an important target to reach, not just in individual projects, but eventually across a larger portfolio. It’s a great undertaking for the office to keep doing this type of work. 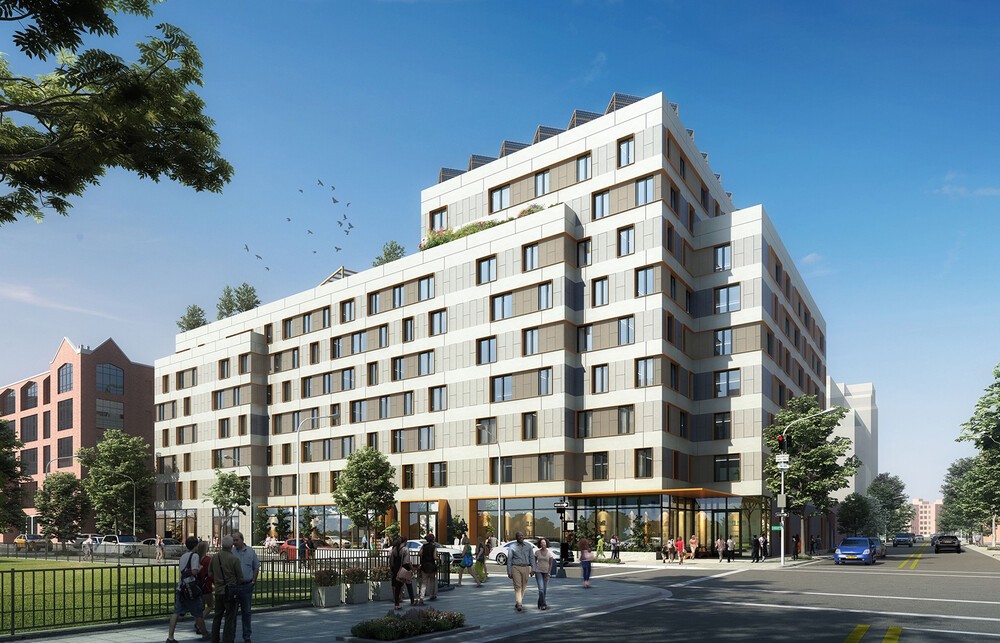 What are some of the differences between designing green, resilient, large multi-family residential projects and implementing those principles into single-family homes?

In a basic level, a large-scale project, like Far Rockaway, provides the opportunity to design a home for many, and in my view, to create spaces that facilitate community-building. It’s not all about high-tech design strategies, as urban living generally offers more sustainable ways to develop. One thing you have to account for in multifamily projects is the balance of private and public spheres. With a greater density of apartments and units, resources are used more efficiently in the long run, when compared to single-family homes. 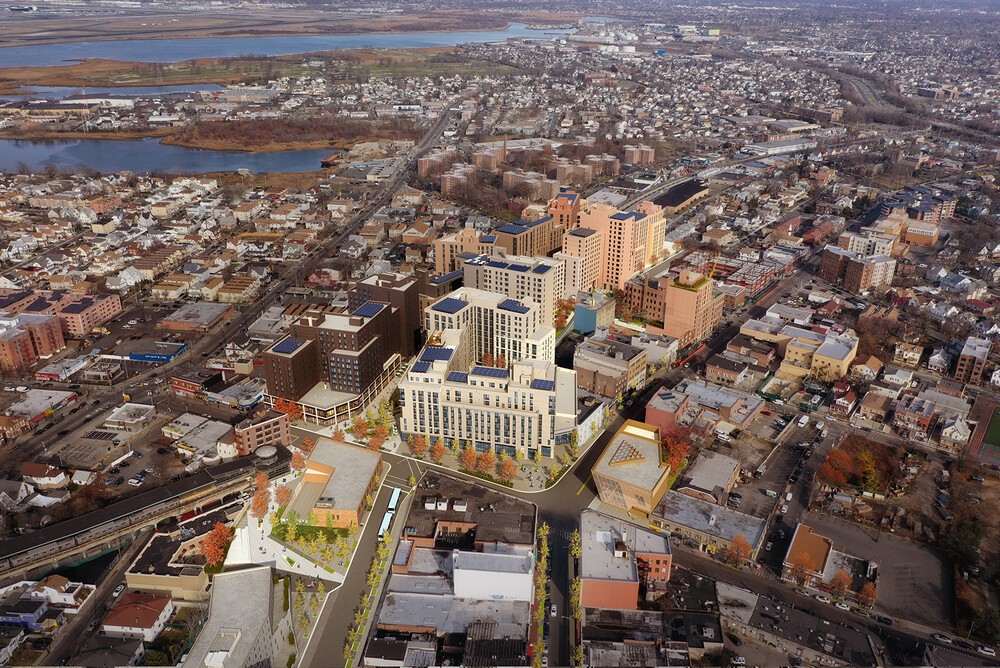 Downtown Far Rockaway Village is a 1,700-unit affordable housing complex in Far Rockaway Queens. located at an under-utilized site between the A train terminus and the Long Island Rail Road

But there is a huge cultural aspect to it. In Puerto Rico, there are lots of single-family homes, so you can’t just start building large apartment complexes and change everything overnight. But you can use certain design strategies on all projects, like reducing energy consumption, water consumption. Harvesting water is a good strategy for a single-family residence. It’s an interesting challenge that I’ve been thinking about since starting to study architecture.

One of my passions outside of work is playing bike polo. In Puerto Rico, and globally, it’s a pretty small sport, so you often hear the debate of whether it’s a sport or a pastime.

I started playing during architecture school, when I was working as a bike messenger. It was the case of knowing the right person, as my boss kept telling me to go and join in. It took me a year to warm up to the idea, but since then it’s been a great experience. It’s taken me all through South America and even to New York, where I played at “the Pit.”

In 2022, I’m most looking forward to qualifying for the World Championships, which is currently set to be held in Perpignan, France. We have a Puerto Rico-based team who will compete to qualify for the North American Championships, so hopefully we can do well enough to make it through.

Professionally, I am looking forward to seeing Far Rockaway in person. It can be an interesting shift in scale to see a plan drawn, then see it built, especially at the scale of Far Rockaway. The first time I saw a plaza that I had designed in person, I could see things I liked and things to learn, so it’s important to be exposed to that final step as a young designer. 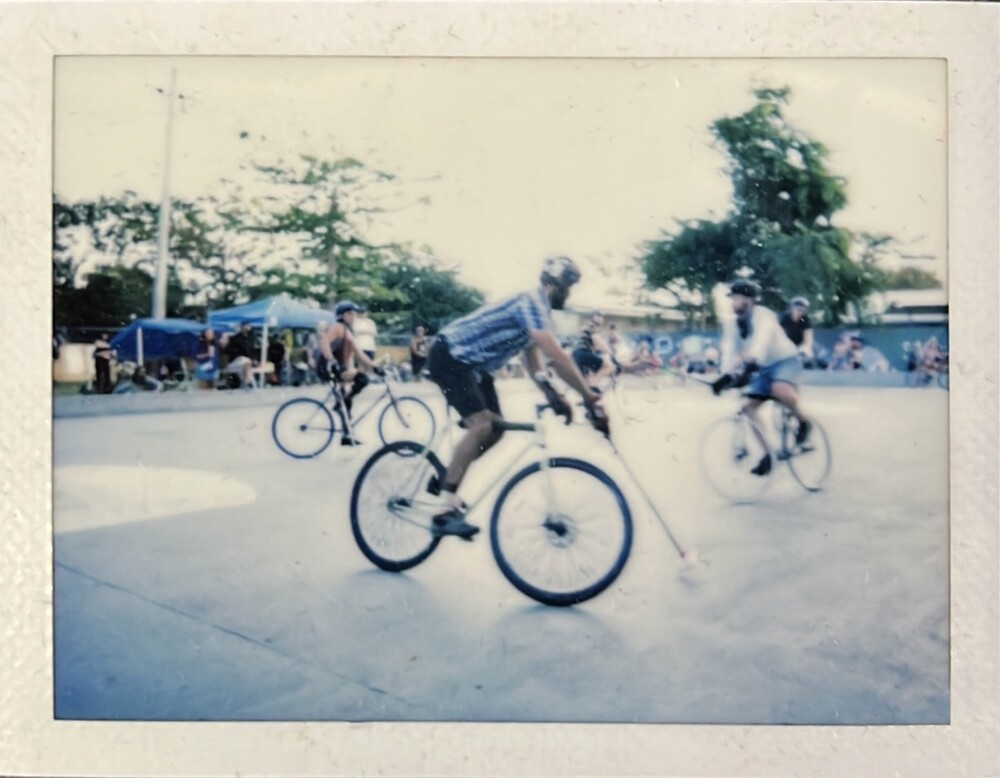