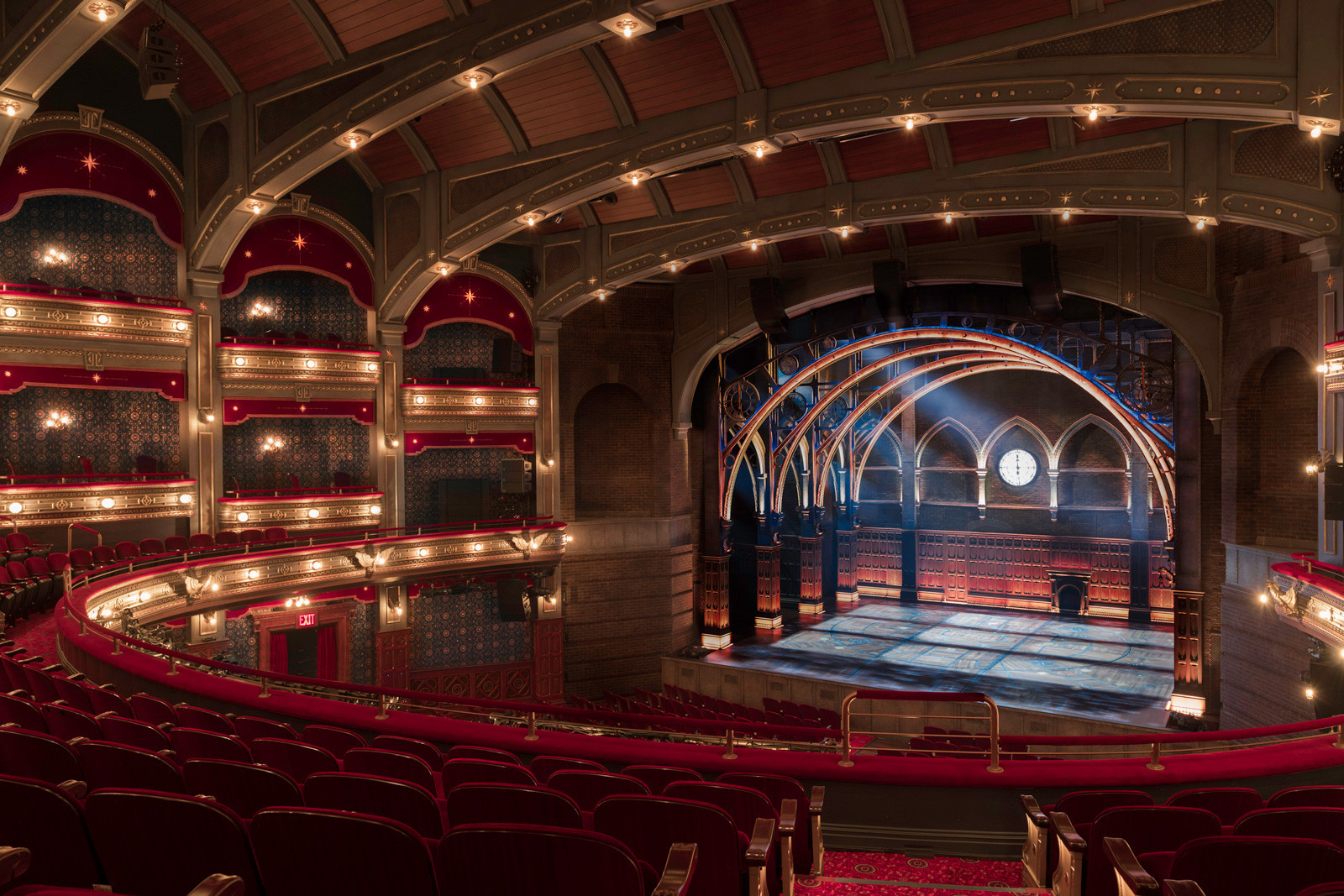 Designed in collaboration with Tony Award-winning set designer Christine Jones and Brett K. Banakis, the Lyric Theatre is a historic theater in Broadway that underwent renovation in anticipation of the New York premiere of Harry Potter and the Cursed Child. The top-to-bottom renovation of this landmark venue included the addition of new structural columns, decking, boxes, ceilings, partitions, a balcony, lighting, and seating. 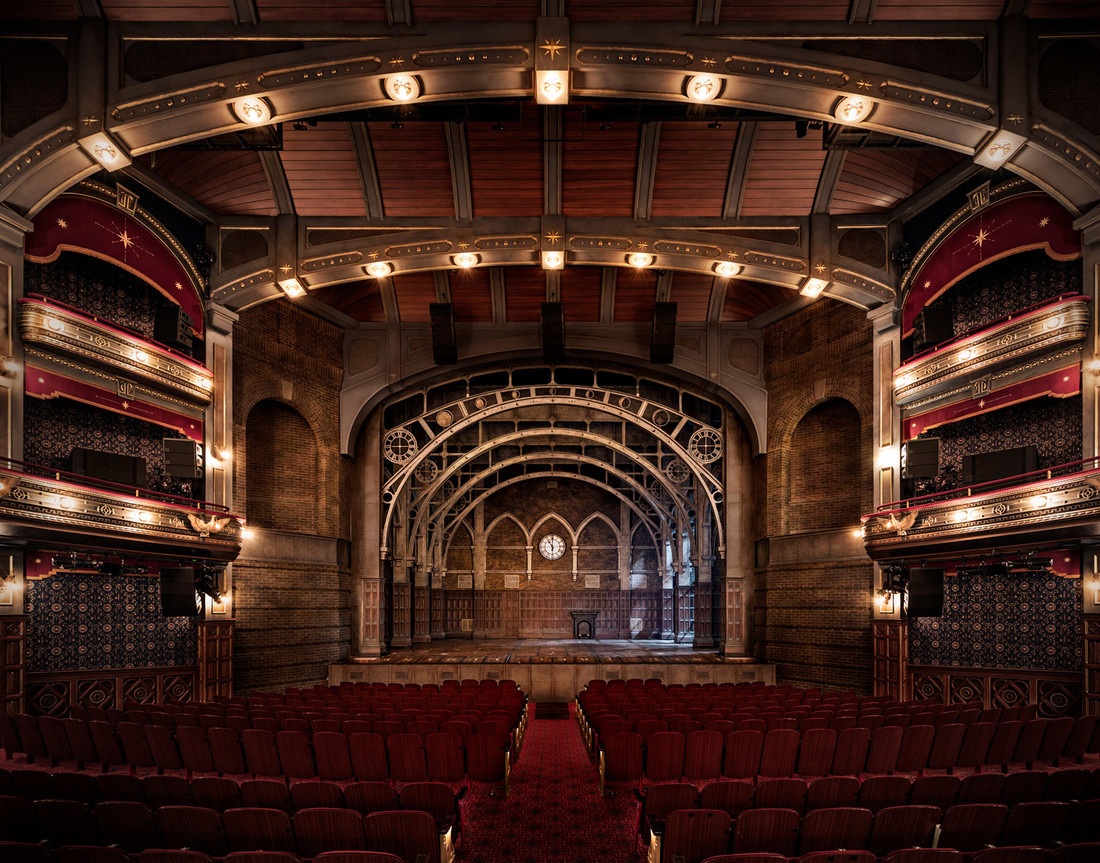 Theater Auditorium
The Lyric Theatre is a modern structure incorporating several historic elements of a pre-existing theater from 1905. 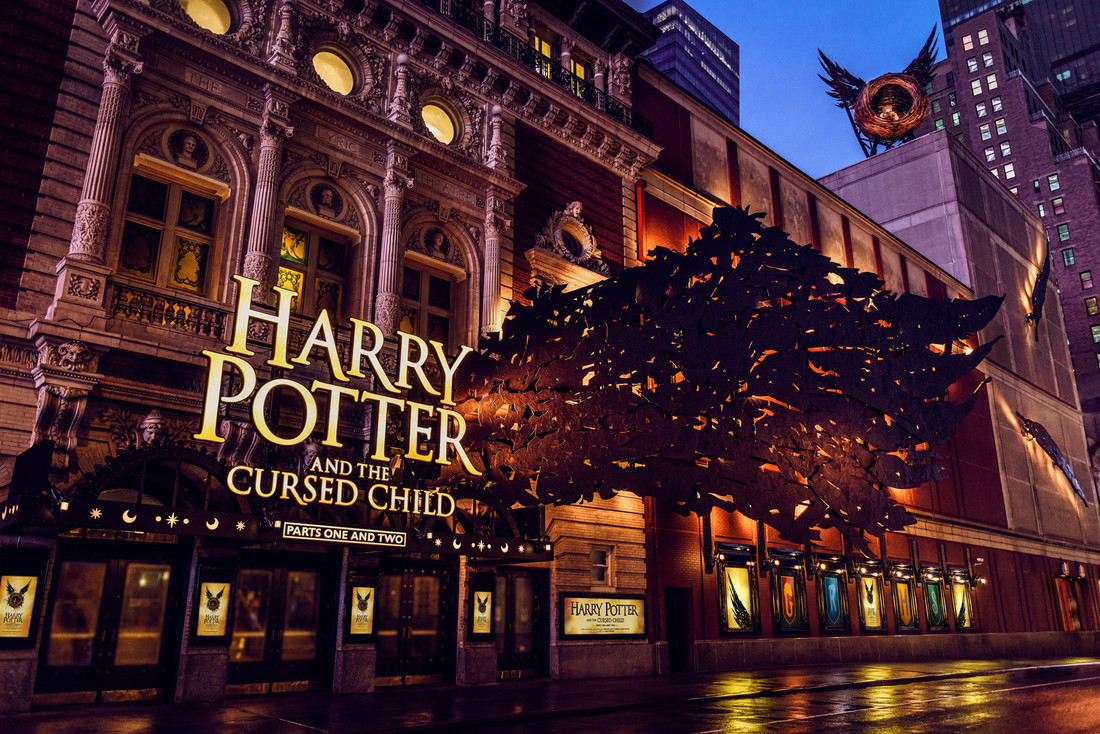 Lyric Theater Marquee Photography | Jenny Anderson
Bringing the production of Harry Potter and the Cursed Child over from London for its Broadway debut in New York began with a search for an appropriate venue. The production team visited all the Broadway houses and narrowed its selection to a handful of theatres. Ultimately, the Lyric theatre was selected because of the initial idea, concept and design created by the owner and theater consultant. This initial vision brought the production to the Lyric where Marvel, alongside members of the production team further developed the design. The Harry Potter and the Cursed Child marquee at the Lyric Theatre (214 West 43rd Street), was designed by the production’s Set Designer Christine Jones and International Scenic Supervisor Brett J. Banakis.

The scope is a total bespoke reinvention of the auditorium interiors including new interior partitions and ceilings and structural columns with modifications to the existing balconies and boxes and upgrades to the mechanical systems. The aesthetic was a collaboration with the production set designers. 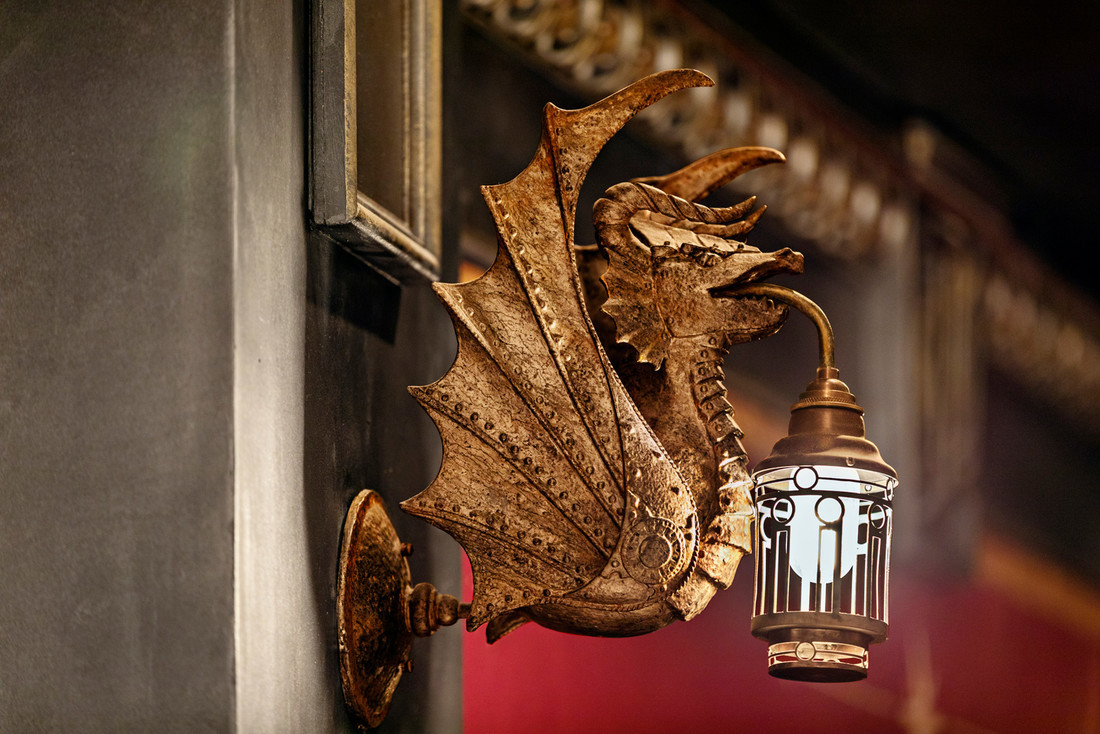 Lighting fixtures
The details of the Lyric Theatre are crafted with references to play and lighting has been integrated into the house to enable a variety of scenic expressions. 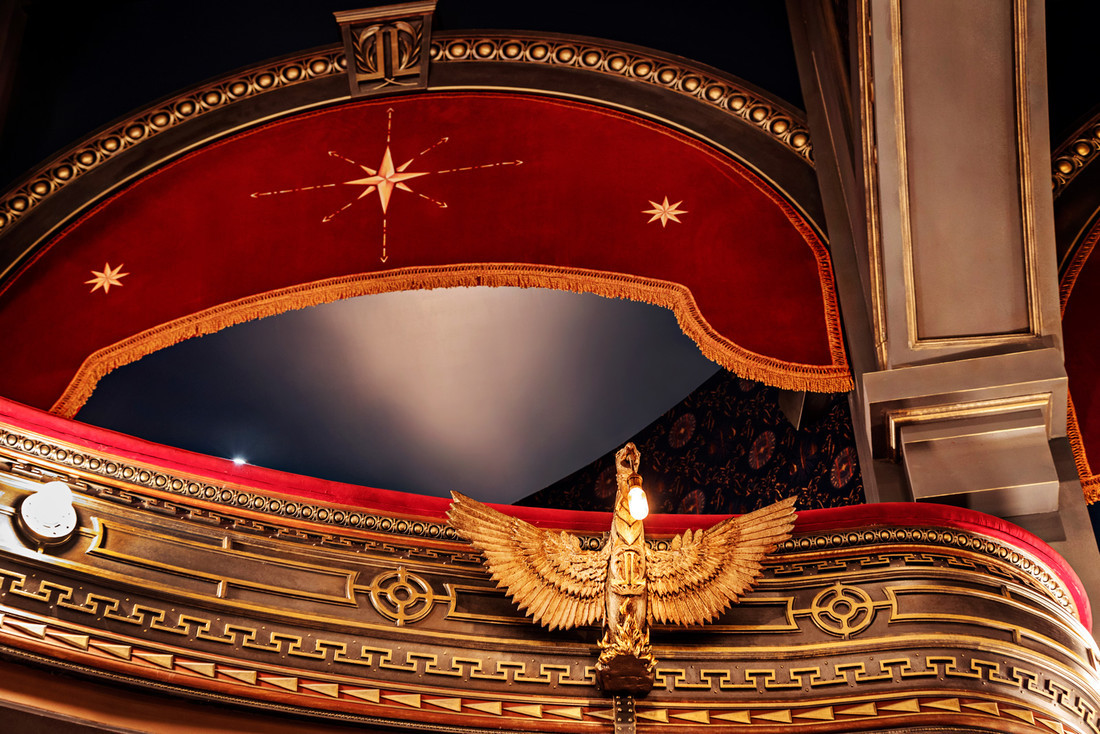 Details and finishes
The interior renovation has been designed to respect the spirit within which the historic Lyric Theatre was created, and the spirt within which it has been maintained and reimagined over many generations.